The last excerpt for Creatus Eidolon is a SHOCKER! Enjoy! #AmReading #KindleUnlimited 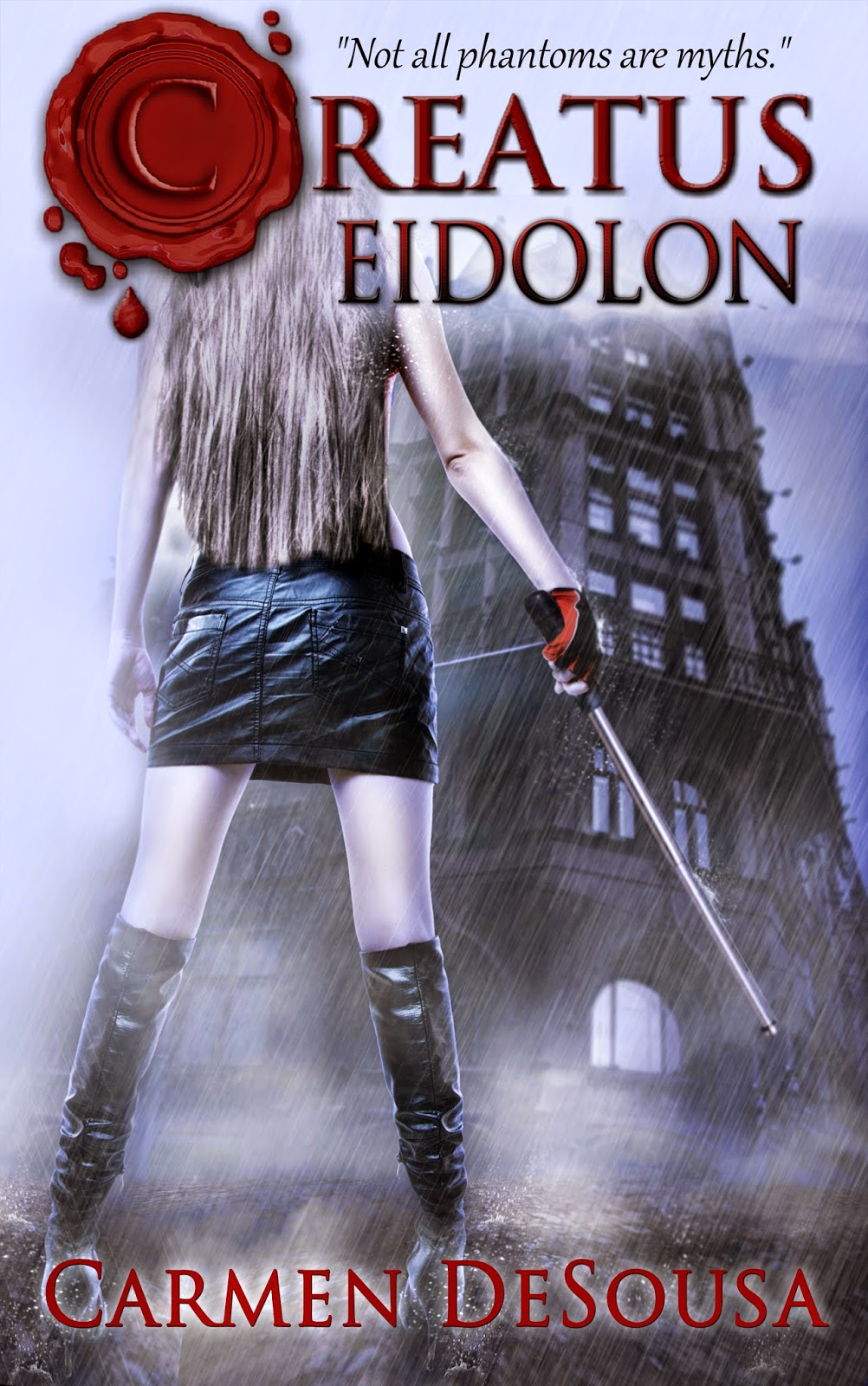 Not all phantoms are myths...

For four thousand years, creatus have concealed themselves from the humans who hunted them almost to extinction.

Now, one rogue creatus faction wants the world to know they exist, and one woman with nothing to lose plans to stop them.

Whatever it takes, she will hunt down and kill the creatus who took her life from her.

This is an excerpt from Book Three in the Creatus Series, which is Coming Soon! If you'd like to start the series from the beginning, you can download the prequel, Creatus (They Exist), here.

For those of you who've read the first three stories, get ready...this is the last excerpt, and it's a shocker! If you haven't read any of the Creatus Books...you should probably skip this. Happy reading! J

“Derrick, I understand that we rarely seek high political positions, but surely you must see what a benefit this would be for us,” Matt said.
“No. I don’t. Not unless you plan to be an advocate for civil rights...” Derrick dropped his head a notch, “for our kind. Is that your intention, Sir?”
He waved his hand. “Don’t be ridiculous, Derrick. Obviously I can’t suggest laws to protect the rights of something that doesn’t exist.”
Sabrina and Kristina had to crane their heads to hear. Even Reece had a difficult time catching every word. This definitely wasn’t a conversation for a public restaurant. If federal investigators were watching the family, their words would be picked up. Not that anyone at the table had mentioned the word creatus, and the meaning of the conversation was vague at best, but it still would have been better to hold this meeting at one of their soundproofed residences. Then again, the way Derrick’s eyes seared his brother, maybe Mike knew that it was better to have an audience for his presentation.
As though measuring each word, Derrick steepled his hands in front of his chin. “But if somehow, the government and populace discovered our existence and meant us harm, then your role there would be invaluable, would it not?”
“Yes, I suppose it would,” Matt allowed. “I am an attorney after all, and this is simply the next step in my career.” Matt beamed, assuming he’d won Derrick’s vote, but Reece didn’t see that. Derrick had been calm, cool, and collected every time Reece had seen the man, and though he’d asked each question with respect, Reece could see the fire brewing in his eyes.
Derrick laced his fingers again, only this time, he clenched them together as if he were afraid he might hit something—or someone. “And who exactly suggested—”
“He...” Kristina broke through the whispered conversation with a gasp, and all eyes turned to her.
Derrick’s arms immediately wrapped around his wife. “Baby, what happened? Are you okay? Did you feel something?”
Tears poured from Kristina’s eyes as she sunk down in her seat, but she peered around Derrick’s shoulder. “It’s...him.”
“Him?” Derrick and the rest of the family turned to look where Kristina indicated, to a man bussing a table, but only his back was visible as he leaned over a booth.
“The man...who killed...my mom.”

That's it, my friends. Yes...everything means something in my books. No matter how random it may seem, everything always circles around. No man is an army...and no kingdom is built in a day...