Escape into a land of beautiful lakes, hiking, waterfalls, and DANGER... #NantahalaSeries 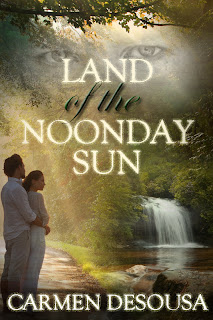 Join me in these two stories of love, betrayal, and learning to overcome your past through trust and faith.

When two strangers have nothing left but their dreams, they must forge a relationship in Nantahala, North Carolina, a small town known as Land of the Noonday Sun.
Cassandra is the beautiful, yet analytical daughter of a wealthy attorney. Destined to follow in her father’s footsteps, her life of privilege suddenly shatters, and she finds herself with no home, career, or money. A glimmer of hope arrives in a letter from the grave promising a happier existence. Cassandra stands to inherit over half a million dollars if she can live in the sleepy little town of Nantahala for six months. Falling in love, however, was not part of the deal, and without warning, she finds herself fighting for two lives.
A man with a traumatic past is able to turn his life around and is happy with his chosen career as a whitewater guide. Everything changes though when fate hurls a woman into his path. His carefree life is in turmoil, and his former weaknesses threaten to overtake him. Will he be strong enough when tragedy strikes and is once again in danger of losing everything he loves?

For more info or to download
Land of the Noonday Sun:

When a new attorney accepts a pro-bono case of a woman suspected of attempted homicide, he ends up with more than he bargained for. She’s the ex-wife of one of the oldest and wealthiest families in Ashville, and her in-laws will stop at nothing to conceal family secrets—even murder.

Unable to ignore his attraction, he gets closer than he should. But when all evidence points to the woman he’s falling in love with, he will risk everything—his reputation, disbarment, maybe even his life to uncover the truth.

Posted by Carmen DeSousa at 5:29 AM