Book One in the Creatus Series

In every myth there is a modicum of truth…
Creatus, the reason we believe in fairy tales—and monsters. 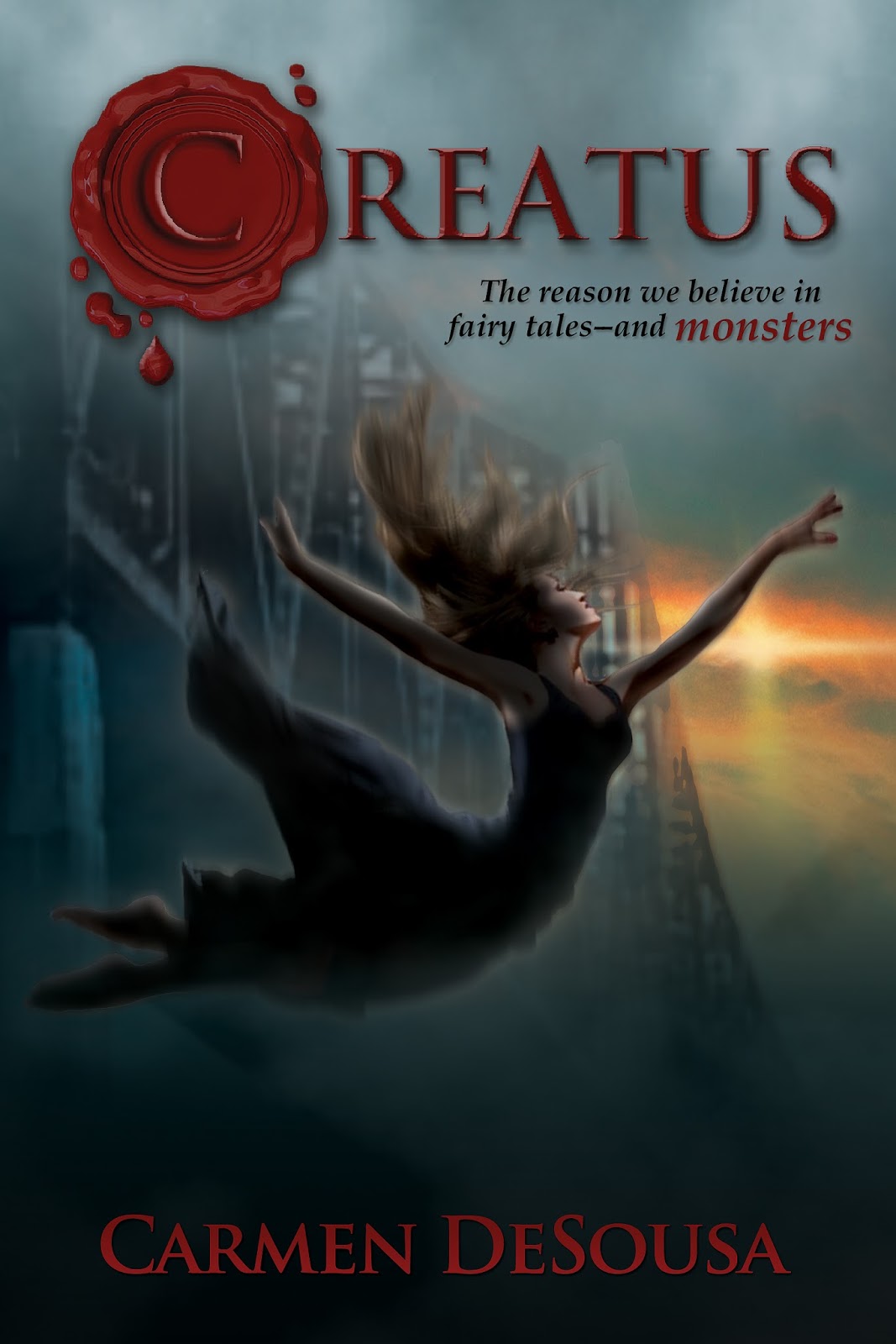 In my new novel, for the first time ever, I deleted the prologue and first chapter and jumped right into the story, but I do love character build up, as I know many of my readers do as well, so I couldn't part with these excerpts.

And now, a first peek at the actual book.

“Breathe, dammit!”
His deep voice penetrated her brain at the same time the sensation of a stabbing hot poker seared her shoulder. She gasped for air, but fire radiated through her chest as she attempted to inhale the cool air. She opened her eyes but couldn’t see the face above her, only a silhouette of a man. She recognized his voice, though. Her Dark Angel had come for her.
The morning sun glared into her eyes, blinding her as she tilted her head to see him. As she lifted her hand to shield her face, a bolt of pain surged through her arm. “Oww…” she groaned.
“You dislocated your shoulder and you may have a couple of cracked ribs, but you’ll live,” the deep voice she’d longed to hear for six years said.
“I’m supposed to be dead,” she wheezed.
He cupped the side of her face. “No, you’re not. You’re supposed to live, Kristina. For me. I just wanted a few more years, you stupid girl.”
Remembering how he’d called her ‘stupid girl’ when she was sixteen, she tried to pull in a breath to protest, but it hurt too much. So she used what limited oxygen she had left in her lungs. “Stop… calling… stupid.”
He spurted out a breath and stood, shaking his head. “I’ll be back in a minute. Try not to get into trouble.”
Kris sealed her eyes shut, attempting to block out the sun as well as the throb in her shoulder, but then she couldn’t help but smile. Maybe she was dead, because she could swear she’d just heard him say he’d be back.

Creatus is a new romantic-suspense novel with a paranormal edge that answers the myths and fairy tales you’ve heard about preternatural sentient beings.

Prepare yourself to believe.
Amazon US
Amazon World Link