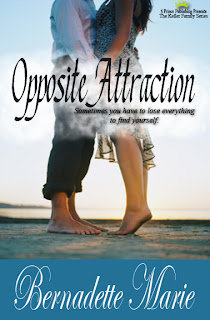 Curtis Keller is a lucky man. He has the love and support of a family like no other. But he's never fallen in love with a woman. He likes to play the field, have a good time, and enjoyed friends with benefits. But when wild child Simone Pierpont comes into his life, for the first time, he considers settling down—until she abandons him.

Simone Pierpont fell in love. She hadn't meant to, but her best friend's brother-in-law had treated her, the Parisian oil heiress, with more compassion than she'd ever known.  What was she to do? So she left him stranded on a yacht in the French Rivera.

Now, cut off from her father's fortune, pregnant, and desperate to win Curtis's heart; Simone must prove to everyone she can hold down a job and take care of herself.  Curtis isn't sure the spoiled princess can change, but because of his caring nature, he has a hard time turning her away.

However, all efforts might be for not when he learns about her pregnancy and she is forced to run back to her father. But Curtis will eventually understand and come for her—or so she hopes.

Buy now from Amazon or read a quick Excerpt 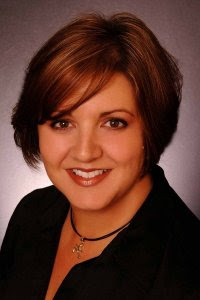 Bernadette Marie has been an avid writer since the early age of 13, when she’d fill notebook after notebook with stories that she’d share with her friends.  Her journey into novel writing started the summer before eighth grade when her father gave her an old typewriter.  At all times of the day and night you would find her on the back porch penning her first work, which she would continue to write for the next 22 years.


In 2007—after marriage, filling her chronic entrepreneurial needs, and having five children—Bernadette began to write seriously with the goal of having her work published.  That year she wrote 12 books.  In 2009,  she was contracted for her first trilogy and the published author was born.  In 2011 she (being the entrepreneur that she is) opened her own publishing house, 5 Prince Publishing, and has released contemporary titles and began the process of taking on other authors in other genres.


In 2012 Bernadette Marie found herself on the worldwide bestsellers lists of iTunes and Amazon to name a few.  Her office wall is lined with colorful PostIt notes with the titles of books she will be releasing in the very near future, with hope that they too will grace the bestsellers lists.


Bernadette spends most of her free time driving her kids to their many events.  She is also an accomplished martial artist who will earn her conditional second degree black belt in Tang Soo Do in October 2012.  She loves to meet readers who enjoy reading contemporary romances and she always promises Happily Ever After.


Where to find Bernadette Marie and connect with her: