THE DEPOT (When Life and Death Cross Tracks) 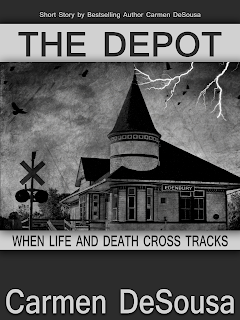 As he investigates a suicide by train, he learns secrets of a murder that took place eighty years ago may directly affect his case.

After your preview, be sure to download the first in the series, FREE!

The Depot will be out this week, but if you missed the first short story in the series, The Pit Stop, you can download the one-hour read here FREE!

Depot Image by Doug Hagadorn Photography
Posted by Carmen DeSousa at 3:00 AM